I started this one back in December 2016 and finally finished it off last night. It's the campfire scene from Chrono Trigger, done in 60 colors on 18ct aida. 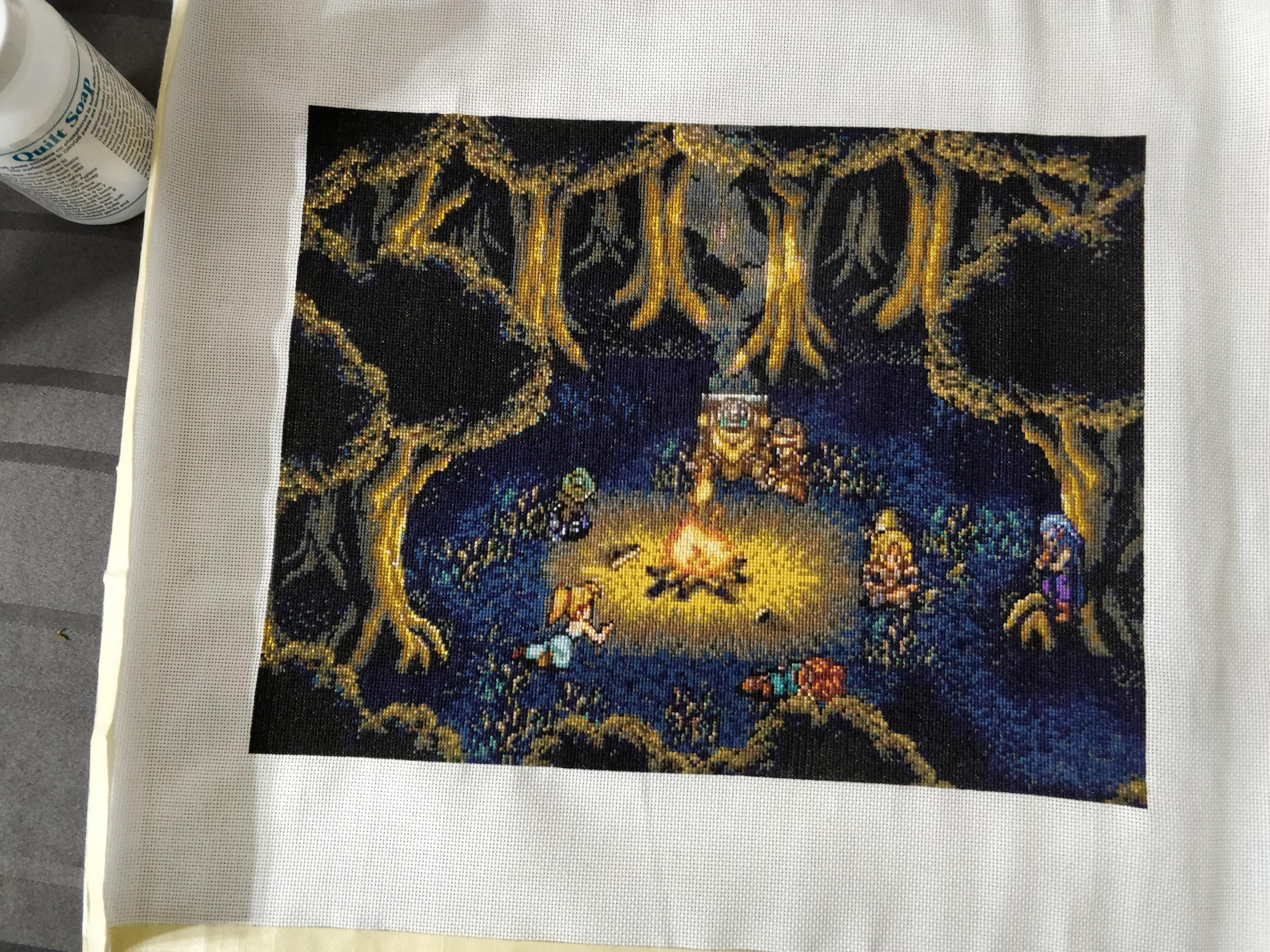 I hadn't even washed it when I took the picture, but it's all cleaned up, ironed, cropped and ready to take to the frame shop. I'll update the thread when I get it back.

As a bonus, I have another project I worked on a couple of years ago (after finishing my Xenoblade Monado project but before working on the Chrono Trigger one) - it's the dragon boss fight from Mega Man 2. I've had it sitting around on a shelf, but I'm going to take it in for framing at the same time. 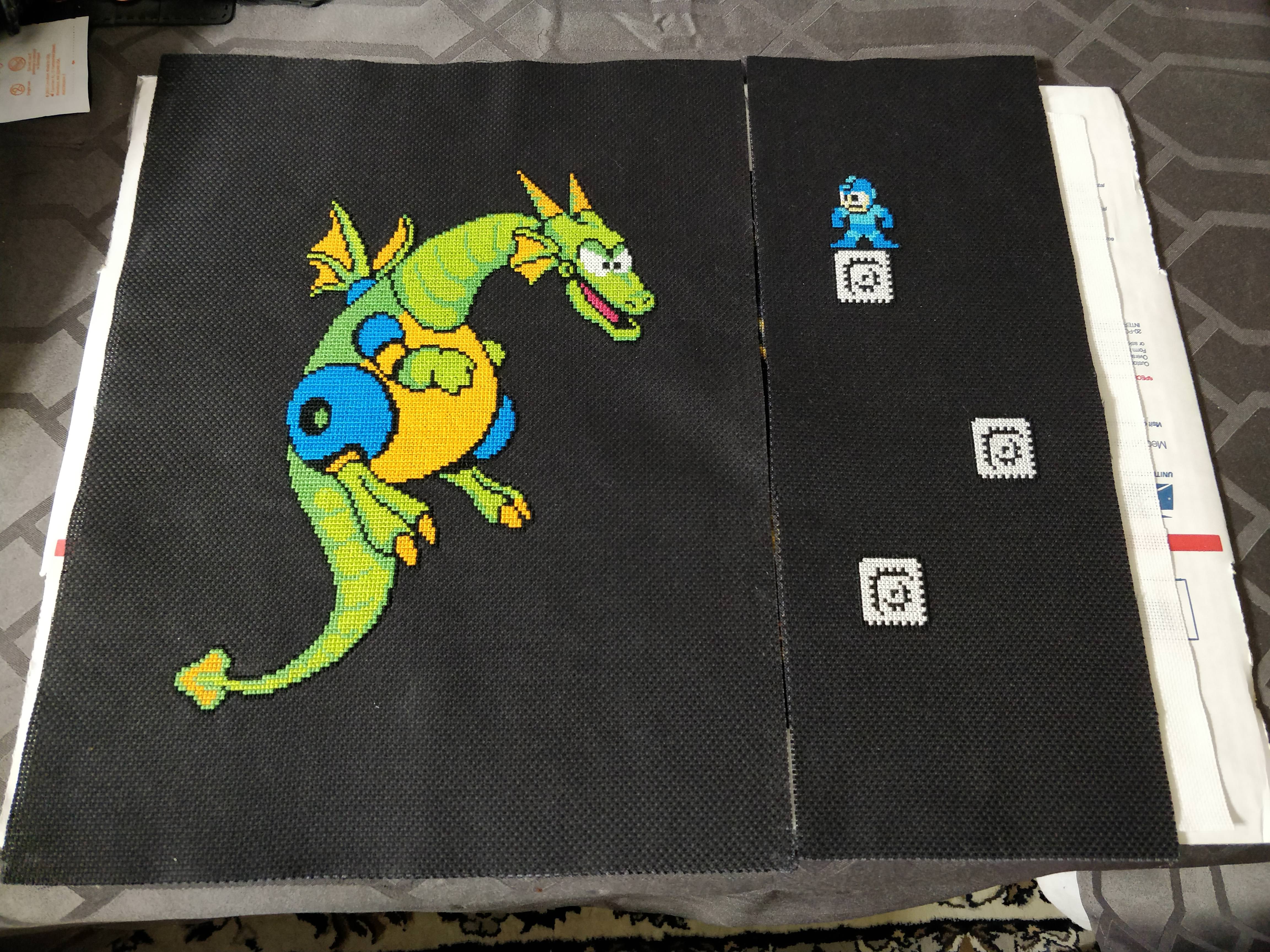 It's split because my plan is to have it framed with not only a mat around the pieces themselves, but with a mat between the two parts (to approximate the original screen width while still keeping it as two distinct elements.

Sadly, I don't have the Mega Man pattern around anymore, but I'll be putting patterns (PDF and PC Stitch format) for the Chrono Trigger project online as soon as I can.
Top

These look great. I saw the Chrono piece on reddit earlier, but not the bottom one. The dragon looks so vibrant and I love his expression.
Best quality photos here, but,for more frequent updates, check out my instagram
https://www.instagram.com/moiraestitches/
Top

The Chrono Trigger scene looks fantastic! Congrats on finishing it. I agree with Moirae, I love the dragon's expression. I can't stop starting at him. Can't wait to see these two framed!
Top

These projects look great! Can't wait to see what the framing jobs look like!
"May we maintain the courage to defy the consensus. May we ever choose the harder right instead of the easier wrong." - President Thomas S. Monson
Top

And the Mega Man 2 one is fantastic too. The colors are perfect and pop against the black aida beautifully.
Top